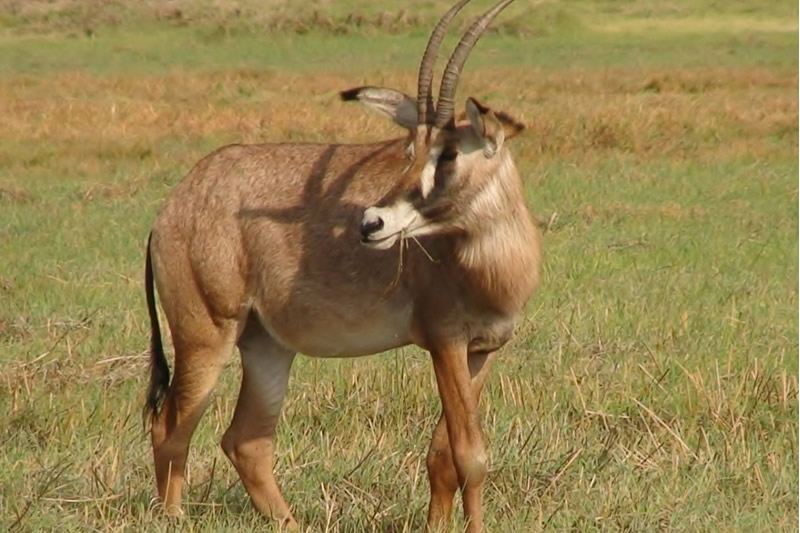 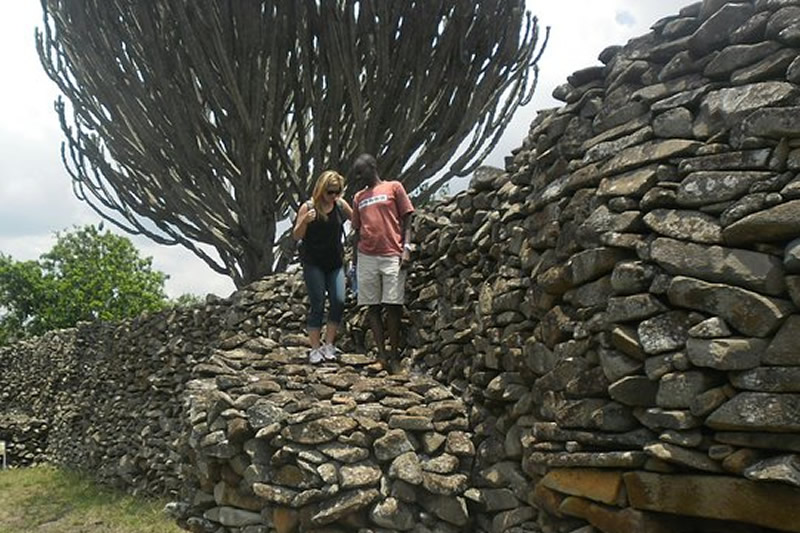 Day 1: Kisumu – Gogo Falls – Thim Lich Ohinga- Ruma National Park
This 2 days cultural luxury tour Departs Kisumu after an early breakfast to  Awendo through beautiful Gogo falls into Thim Lich Ohinga. Thim Lich Ohinga the unique architectural stone structure situated in Nyanza province 181kms South of Kisumu in Migori County. The site lies on a gentle sloppy hill some 46kms North West of Migori town near Macalder’s mines. Its exact geographical location on map is at grid reference 019 474 on sheet number 129/4. Thim Lich Ohinga is believed to be one of the most important archaeological discoveries in East Africa and only compared to Great Zimbabwe ruins and the modified Great Wall of China in terms of architectural achievements. A dry stone enclosure of zigzagging walls some 150m in diameter and 1.0 to 4.2m in height built on lose stones and blocks without any dressing or mortar. Archaeological record of material found within the site goes beyond 500yrs ago. Since the present inhabitants of the area arrived probably some 3 centuries ago, it seems most likely that Bantus who initially occupied this region prior to the arrival of Luos first built the stone structures. Abundant rocks on the hilly areas provided them with building materials to meet their security requirement to drive away the wild animals and protect them from the warring tribes around that area. Further story is that the famous Gor Mahia who was the youngest son of Ogada the grandson of Ogalo, the most feared wizard in Luo Land drove away his elder brothers by killing their offsprings. This forced Ochieng his brother to go back to Kadem and request for shelter from their cousin the chief of the small clan of Kanyamwa in Kadem, because of lack of land, Ochieng was told to settle and hide from the wrath of Gor Mahia in Thim Lich Ohinga which he also tried to repair and modify. He later invited his other brother Akuku, Okech and Oluoch. These are the last people known to have occupied this historical place before the National Museum came in to make it a great monument under its umbrella. We proceed to Ruma National Park- the home of the Roan Antelope for Dinner and an overnight stay at the Lodge.


Day 2: Ruma National Park – Lwanda K’Otieno - Kit Mikayi - Kisumu
Enjoy after breakfast an extensive morning game drive in search of the Roan antelope which has a sanctuary here, we have also plenty of Africa Buffalo (the only native African cow) it is believed that Ruma National Park was the origin of almost all the animals found in Maasai Mara which were driven away by the Luo community, who are farmers and animal hunters by nature, through Migori, Lolgorien and into Maasai Mara. To prove this, keenly you could check the African Buffalo in Ruma National park with the normal Buffalos you can see in Maasai Mara are quiet different and more so, the Buffalos in Ruma National park are very Wild and have wide horns with very hard and big forehead which were protecting them from the bullets, arrows and spears of the hunters hence they remained behind. The park also act as a home to the common waterbuck, the Aardvark, the honey badger, the solitary nocturnal African civet, Serval, Genet, Topi, Impala, Vervet Monkey, Olive Baboon and at night you can hear the sound of the secretive Leopard and the common sound of the spotted Hyena which will give you the memorable sound of African bush. After lunch, we depart to Mbita to connect the ferry which departs at 03:00pm to Lwanda K’Otieno, and then drive to Seme to reach Kenya’s most dramatic archaeological sites, a vast granite rock tower called Kit Mikayi. The rock is situated in Kisumu district, Maseno division, East – Seme – location, Kit – Mikayi sub-location, Kangeso village, Kadol clan. The rock which is about 70 to 80 ft tall is located 30kms Far East of Kisumu county and 1km from Kisumu - Bondo road.
We arrive Kisumu in the evening to end our cultural luxury tour.