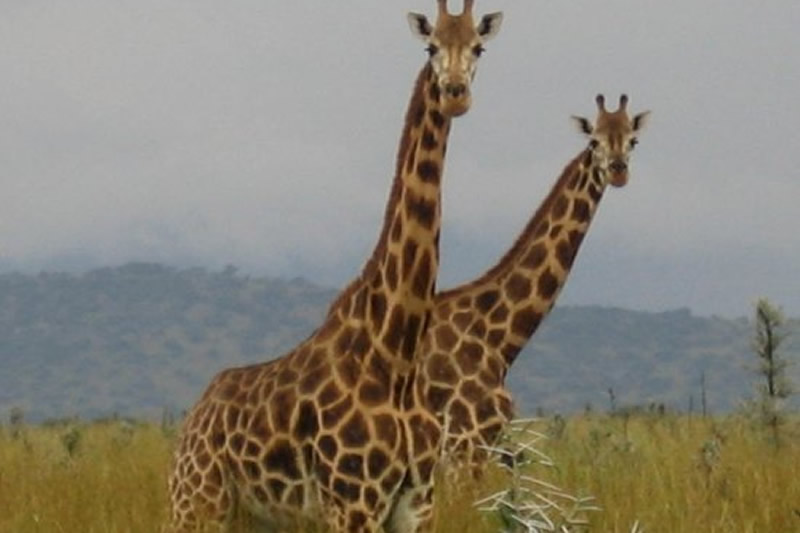 Day 1: Kisumu- Ruma National Park
Depart from Kisumu after early breakfast by road passing through Kendu Bay and Homa bay town to Ruma National Park through Nyatoto gate with en-route game drive to our accommodation for lunch. After lunch, you will embark on an extensive game drive. Ruma National park lies in Western Kenya, close to the shores of Africa’s largest inland Lake, Lake Victoria. The park is considered the last retreat and the sanctuary of the endangered and threatened Roan antelope which is considered one of the Africa’s rarest Antelopes. This park was established in 1966 to protect its indigenous population of rare Roan antelope which exist nowhere else in Kenya. It acquired national park status in 1993 and renamed Ruma National Park on the request of the local community in honor of one of the most powerful Kenya’s wizards, the much-feared Gor Mahia who was living high on a hill which now forms part of the Kanyamwa Escarpment. The classic image of East Africa is realized in Ruma National Park, a land of rolling Savannah dotted with picturesque Acacias and backed by dramatic hills. Compact in size, the park is easily traversed by only two major routes and offers a unique mosaic of reverie woodland, golden Savannah and magnificent Escarpments. Well away from the beaten tourist track and relatively infrequently visited, it is also a park that excels in tranquility and the solitary enjoyment of the wilderness. Apart from the Roan antelope,we have also plenty of African Buffalo (the only native African cow) it is believed that Ruma National Park was the origin of almost all the animals found in Maasai Mara which were driven away by the Luo community, who are farmers and animal hunters by nature, through Migori, Lolgorien and into Maasai Mara. To prove this, keenly you could check the African Buffalo in Ruma National park with the normal Buffalos you can see in Maasai Mara are quiet different and more so, the Buffalos in Ruma National park are very Wild and have wide horns with very hard and big forehead which were protecting them from the bullets, arrows and spears of the hunters hence they remained behind. The park also act as a home to the common waterbuck, the Aardvark, the honey badger, the solitary nocturnal African civet, Serval, Genet, Topi, Impala, Vervet Monkey, Olive Baboon and at night you can hear the sound of the secretive Leopard and the common sound of the spotted Hyena which will give you the memorable sound of African bush.
Return to Your accommodation in the evening for Dinner and an overnight stay.

Dinner and Overnight at the lodge
Meal Plan { Lunch and Dinner}

Day 2: Ruma National Park – Rusinga Island – Kisumu
An early morning pre-breakfast game drive is planned on this day, then depart after breakfast back at the lodge with your packed lunches to Rusinga Island for a tour around the Island.Rusinga is an austerely pretty Island with high crags dominating the desolate goat-grazed landscape. A single dirt road is running around its circumference. Life here is difficult, drought commonplace, and high winds a frequent torment. The occasional heavy rain either washes away the soil or sinks into the porous rock, emerging lower down where it creates swamps. Ecologically, the Island is in very dire straits: almost all its trees have been cut down for cooking fuel or been converted into lucrative charcoal. Drive brings you  to Tom Mboya’s mausoleum which lies on family land at Kamasengere on the north side of the island, about 7km by the dirt road from Mbita, or roughly 5km directly across the island. The mausoleum (open most days to visitors) contains various momentoes and gifts Mboya received during his life. Tom Mboya, civil rights champion, trade unionist and charismatic young Luo politician who was gunned down in Nairobi in 1969, sparking off a crisis that led to over forty deaths in widespread rioting and demonstrations. Packed Lunch at a convenient place in the Island, then drive to catch the 3pm Ferry to Lwanda K’Otieno. Pass through Akala market which is famous for cattle sale in the whole of Nyanza region to get to learn after interacting with both sellers and buyers, the tricks and preservation of this old traditional trade which is attracting buyers and sellers as far as Kisii, Migori, Kadem, Karungu, Kanyamwa, Gem, Alego e.t.c.
We arrive in Kisumu in the evening to check in at
Meal Plan: {Breakfast & P/lunch}