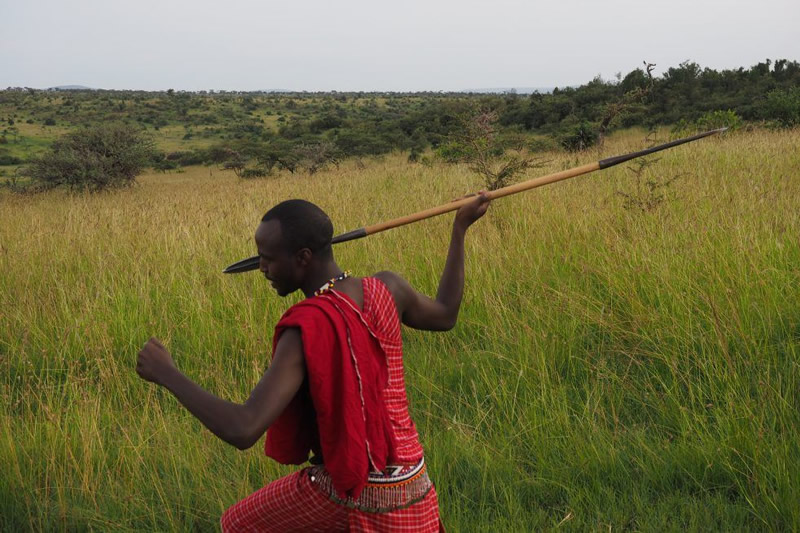 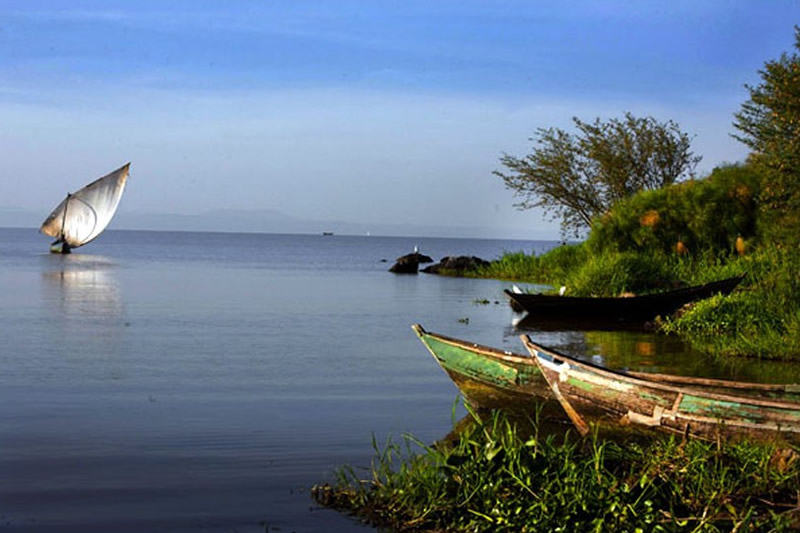 Day 1: Nairobi – Kericho
Our low cost budget heritage tour of 11 days departs Nairobi early in the morning for a safari through Great Rift Valley with a stopover at the view point to have a glance at Mt Longonot and the breathe taking escarpment to reach Kericho town for lunch. Kericho is a Tea country which has placed Kenya to be the world third largest Tea producer after India and Sri Lanka. There are beautiful rolling hills carpeted in neat, bright green tea bushes as far as you can see. The climate here is perfect for Tea with rain falling almost every afternoon. You can arrange tea plantation excursion at a cost.
Dinner and an overnight at the hotel.

Day 3: Kisumu – Ndori – Lwanda Kotieno – Mbita
After breakfast, you will be driven to Impala Sanctuary which lies close to Hippo point and features 3kms of Nature trails and a selection of picnic sites. The sanctuary is a holding area for animals which require special attention in this densely populated area. The sanctuary’s focus is a small herd of Impalas, while the animal orphanage contains a collection of caged Leopard, Baboon, Hyena, Jackal and Ostrich. The sanctuary also provides important open grazing for the local Hippo population while the threatened rare Sitatunga antelope is believed to exist in the nearby swamp. A shady and peaceful place, with its abundance of Bird life, the sanctuary is a tranquil place to take a refuge away from busy Kisumu’s  city centre. Drive further to Lwanda Kotieno road, take ferry a cross to Mbita for dinner and an overnight stay at a budget hotel.

Day 4: Mbita – Rusinga full day.
After breakfast, enjoy a boat ride and fish for lunch. Enjoy the conversation with the local traditional fishermen using the traditional built up boats and traditional methods of fishing at the fishing beach points. Return back to the accommodation for early lunch. After lunch, leave accommodation and drive past the course way to Rusinga Island. Rusinga is an austerely pretty island with high crags dominating the desolate goat-grazed landscape. A single dirt road is running around its circumference. Life here is difficult, drought commonplace, and high winds a frequent torment. The occasional heavy rain either washes away the soil or sinks into the porous rock, emerging lower down where it creates swamps. Ecologically, the island is in very dire straits: almost all its trees have been cut down for cooking fuel or been converted into lucrative charcoal. These conditions make farming highly unpredictable and most people rely on some fishing to make ends meet. Drive around the Island visiting Tom Mboya  mausoleum (open most days to visitors) it contains various mementoes and gifts Mboya received during his life. Tom Mboya, civil rights champion, trade unionist and charismatic young Luo politician who was gunned down in Nairobi in 1969, sparking off a crisis that led to over forty deaths in widespread rioting and demonstrations.
Drive back to the accommodation for dinner and overnight at the hotel.

Day 5: Mbita – Sindo – Ruma National Park
After breakfast, we drive to Sindo, then to Ruma National Park.. Drive to Nyati camp or Kamato or Oribi Guesthouse to check in, followed by lunch then proceed for a game drive. Ruma National park lies in Western Kenya, close to the shores of Africa’s largest inland Lake, Lake Victoria. The park is considered the last retreat and the sanctuary of the endangered and threatened Roan antelope which is considered one of the Africa’s rarest Antelopes. This park was established as Lambwe Valley game reserve in 1966 to protect its indigenous population of rare Roan antelope which exist nowhere else in Kenya. It acquired national park status in 1993 and renamed Ruma National Park on the request of the local community in honor of one of the most powerful Kenya’s wizards, the much-feared Gor Mahia who was living high on a hill which now forms part of the Kanyamwa Escarpment, from where he could watch over all people because his magic was so powerful that he controlled not only South Nyanza, but far beyond. The classic image of East Africa is realized in Ruma National Park, a land of rolling Savannah dotted with picturesque Acacias and backed by dramatic hills. Compact in size, the park is easily traversed by only two major routes and offers a unique mosaic of reverie woodland, golden Savannah and magnificent Escarpments. Well away from the beaten tourist track and relatively infrequently visited, it is also a park that excels in tranquility and the solitary enjoyment of the wilderness.
Lying on the flat floor of the seasonally watered Lambwe river valley, the park is bordered to the South East by the breath taking Kanyamwa Escarpment and to the North by the dramatic Volcanic plugs of the beautiful Ruri hills. A long, narrow corridor of land contained on a first-shipped peninsular extending into Lake Victoria, the parks terrain comprises largely black cotton clay soil, scenic rolling grassland and open woodland thickets dominated by species of Acacia and Balanites. Apart from the Roan antelope which has a sanctuary here, we have also plenty of Africa Buffalo (the only native African cow) it is believed that Ruma National Park was the origin of almost all the animals found in Maasai Mara which were driven away by the Luo community, who are farmers and animal hunters by nature, through Migori, Lolgorien and into Maasai Mara. To prove this, keenly you could check the African Buffalo in Ruma National park with the normal Buffalos you can see in Maasai Mara are quiet different and more so, the Buffalos in Ruma National park are very Wild and have wide horns with very hard and big forehead which were protecting them from the bullets, arrows and spears of the hunters hence they remained behind. The park also act as a home to the common waterbuck, the Aardvark, the honey badger, the solitary nocturnal African civet, Serval, Genet, Topi, Impala, Vervet Monkey, Olive Baboon and at night you can hear the sound of the secretive Leopard and the common sound of the spotted Hyena which will give you the memorable sound of African bush. Return to Nyati campsite or Kamato or Oribi Guesthouse for dinner and overnight.

Day 6: Ruma – Nyamgondho site – Thim Lich Ohinga
Enjoy after breakfast morning game drive in the park, and then depart with your picnic lunches through Magunga shopping centre with a stopover at the vintage hills between Magunga and Nyandiwa to have a better view of the rich in fish curved away Kiwa Island. The beauty of how water has entered the inland is so amazing that will take you with wonder. Drive further to the mythological site of Nyamgondho to get the story from the locals. We move towards Sori to have a glance at the mythical stone which disappeared with no trace and further move to Kadem then to  Lwanda Magwar and pass through the traditional Luo villages and reach Thim Lich Ohinga,  the unique architectural stone structure situated in Nyanza province 181kms South of Kisumu in Migori County.The site lies on a gentle sloppy hill some 46kms North West of Migori town near Macalder’s mines. Its exact geographical location on map is at grid reference 019 474 on sheet number 129/4. The Ohinga is believed to be one of the most important archaeological discoveries in East Africa and only compared to Great Zimbabwe ruins and the modified Great Wall of China in terms of architectural achievements. A dry stone enclosure of zigzagging walls some 150m in diameter and 1.0 to 4.2m in height built on lose stones and blocks without any dressing or mortar. Archaeological record of material found within the site goes beyond 500yrs ago. Since the present inhabitants of the area arrived probably some 3 centuries ago, it seems most likely that Bantus who initially occupied this region prior to the arrival of Luos first built the stone structures. Abundant rocks on the hilly areas provided them with building materials to meet their security requirement to drive away the wild animals and protect them from the warring tribes around that area.
Thim Lich Ohinga literally in dholuo dialect means “frightening dense forest or scary jungle” was occupied after the Bantus by Kabwoch Kochieng clan who drove away the Bantus then followed by Kanyamkago clan whom also subsequently were driven away by Kadem who are the present occupants of the area around Thim Lich. However, the Kanyamwa clan came also to settle here but most of them decided to move to Lambwe valley around Kakaeta in Ndhiwa. The small number remained behind around Thim Lich Ohinga. You will be taken through by the curator. Dinner and overnight at the tents or a hotel.

Day 7: Thim Lich Ohinga – Rapogi – Awendo
After breakfast, we leave Thim Lich to Awendo through Rapogi. Awendo is a Sugar belt  town and every activity in life revolves around sugarcane growing and sugar making. We will check in at a hotel. Breakfast, lunch and dinner and overnight.

Drive from Kendubay to Orian’g Market for the famous clay pottery of all styles, types and sizes by Orian’g women group which is a self help group. Proceed to Kisumu, picnic lunch enroute with stopovers to places of interest and arrive in Kisumu in the evening to check in at your campsite for dinner and overnight.

Day 10: Kisumu – Lwanda Magere site – Nakuru
After breakfast, drive to Awasi to see the site of Luanda Magere and get the legendary story from the local curator. After this fascinating story, drive to Nakuru for dinner and an overnight stay. Note: You can donate towards the maintenance of this wonderful site and the upkeep of its Curator.

Day 11: Lake Nakuru – Nairobi
After breakfast, enjoy a game drive at this famous National park known for its multimillion Flamingo birds (both lesser and greater flamingos), Pelicans and other bird life which are abundant. The drive will take you to the Baboon cliff, the vintage point to admire the panoramic view of this pink Lake. Lake Nakuru also doubles as the White Rhino sanctuary and hence this is the only place where we guarantee 80% to 90% to see both White and Black Rhino. Depart to Nairobi, picnic lunch enroute arriving in time to end your low cost budget heritage safari.